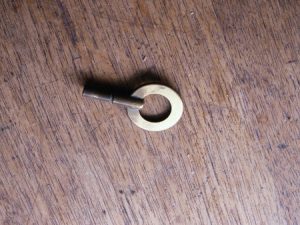 Keys, watches, occasionally a wallet, small nails and screws when we are building something. And once, for me, my passport. Those who understand the Fey world often say, “The fairies took it.”

I’m writing today to let you know that it isn’t always the fairies. These things go away on their own.

In this world everything has a soul of its own. So what is special about the objects that go missing? I think it’s that they are transformative.

Keys open doors and start cars. They work with other objects to transform what they do. Doors can be barriers or entries. Keys cause that change. Cars can transport us to new places. Keys make movement possible.

Nails and screws are what we use to transform pieces of wood and metal into completely new objects. And they are what hold the transformation, so the new object is unable to change back into the pieces that made it.

Passports open whole new worlds for us — or at least far away places. And they are what we need to return to our homes.

(If you have had other things go missing in mysterious ways, please click on reply and send me a list.)

We humans have worked very hard over the last 600 years to lock the physical world into place. To make sure that the objects in it never surprise us by changing (or disappearing) when we aren’t paying attention.

We’ve locked objects into their form by defining molecules and atoms — very small objects with their own souls that are less likely to agree to a change. But some objects are so magical that they can overcome the inertia and move to other places or become hard to find. Those are the things that disappear.

To switch from fairies to Inca medicine people (Paqos) for a moment, the Paqos work with beings called khuyas, which show themselves in the physical world as small stones. The Paqos know that the stones can move from place to place to show up for the people the khuyas want to work with. Some khuyas are persistent enough to appear several times before they are picked up.

Khuyas can also disappear when they are not properly respected.

I’m not suggesting with this note from a very different culture that keys or nails are as powerful as khuyas. I’m just pointing out that objects that appear and disappear are part of more than one tradition.

Getting back to the fairy traditions, I’m not saying fairies never take things. They like transformative objects. I just want to point out that some objects have enough magic of their own to go away when they want to.

So, when your keys disappear, it’s perfectly all right to ask the fairies to return them. If you are on good terms, they will probably do that. Just remember that there is a good chance they are doing you a real favor by finding out where your keys went. They’re not just returning something they took. A thank you is definitely called for.

And sometimes they will be returning something we misplaced all by ourselves. They deserve thanks for that, too.