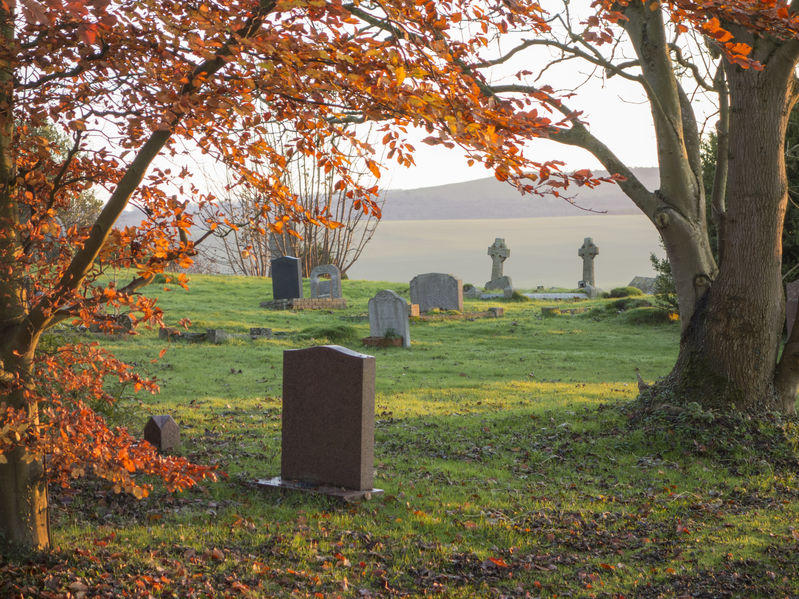 People who practice conjure go to graveyards to retrieve soil from graves. They believe that as the bodies decay, they release their wisdom into the surrounding earth. Over time the wisdom spreads throughout the graveyard. A person’s wisdom is strongest near his or her grave. Taking the soil and honoring it on a practitioner’s altar is a way to tap into the wisdom.

A few years ago, Orion Foxwood, who follows conjure practice, told me that there seems to be less wisdom available in the newer graves. He suggested this might be caused by better coffins that don’t let bodies decompose as fast and seal the body so it can’t get into the soil.

In shamanic work, we know it’s best for souls to pass out of this world for a while. There are many portals for souls to go through, depending on where the soul wants to go next. The best known are the portals that lead to the Light, but that isn’t the only choice. It may not be the best choice for some beings.

Recently we took a look at some of these portals. What we found sets of portals going to many different destinations. What we also found was that many of the portals groups were blocked, so that no souls were getting through. We have spent several journeys locating and cleaning out portals. We’ve had some success with a few portals, but have not been able to completely clear any of them. One, in particular, keeps getting clogged up.

I don’t know what others have found, but I welcome your feedback on the portal situation and any help you wish to give on cleaning them up.

The purpose of this post goes beyond the problems with portals, though. I want to suggest that one of the reasons less wisdom is found in graveyards is because bodies don’t release their wisdom until the soul moves on. We know that souls aren’t very good at keeping bodies alive beyond a certain point — zombies don’t walk the earth yet. But it’s possible that human souls are able to keep some of their interactions with the souls of the body’s cells, such as coordinating wisdom. (The repercussions of everything having a soul, down to each atom in the body, are a topic for another time. But this seems like it would be one of the possible consequences.)

I don’t know if souls try to hold their wisdom, and would love to hear about your experiences. This is a big topic that needs to be explored.

For my friends who do conjure, I suggest you move the soul on before you take the dirt. The person will be happy. Daddy Death will be happy. There will be one less confused soul clogging the portals. And you will end up with more wisdom. It’s a good thing to do.

One thought on “Dirt from the Graveyard”